Worlds and Networks of Higher Learning: How better to show than through an online exhibition? A planned web exhibition on Conrad Gessner’s De Anima and the Republic of Letters will exemplify interconnections in and outside the academic worlds that the encyclopedian, physician, and professor at the Zurich lectorium of higher education Conrad Gessner had established. The web exhibition will interact with other virtual museums to be an organising part of the internet’s wide and caleidoscopian mosaic that mirrors our knowledge of intellectual networks in late medieval and early modern times.

The artist Irene Brown (Newcastle University), who has studied visual conceptions of curiosity cabinets and works on illusory spaces in both the virtual and the physical worlds, has joined forces with Anja Goeing (Northumbria University). They have decided to construct “Gessner’s smell-shelf,” a  visualisation of Gessner’s multifaceted ways of describing smells, the work of the nose, and how he thought that our brain would process and store the sensory perception.

The looks of Gessner’s smell-shelf might be similar to: 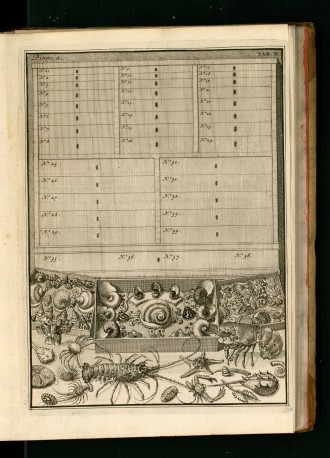 Vincent Levinus: Illustration from the book Wondertooneel der Nature – a Cabinet of Curiosities or Wunderkammern in Holland. (1706-1715). Source: Universities of Strasbourg. (Public Domain)

Museum of Science, Boston MA: Cabinet of Curiosities. Photograph in the public domain, made by Daderot